On many projects, where time is spent crafting the visuals and story, audio is often left as an afterthought. That is, except at Danca. We’re the musical equivalent of an artisan bakery, or a boutique pottery shop, sculpting and craft every sound with more attention to detail than a sourdough starter or a hand-spun clay bowl.

It sounds a little like the German word for thank you, but the similarities end there really. Danca is a music agency and record label, started by Daniele Carmosino, made up of an award-winning team of artists, sound designers and music supervisors. We make music for the love of it, which makes us pretty lucky, because we now also do it for films, commercials, TV and live shows.

The love of this craft is what wakes us up in the morning. Well, that and our morning alarms. But it’s definitely the craft that gets us out of bed.

Our mums say we’re pretty avant-garde, which is a surprising thing for a mum to say, but our mums never lie.

While there’s nothing wrong with making music inside a laptop, we’re not afraid to take our fingers off the keyboard either. In fact, we often record live instruments, and live sounds.

Put it this way: if the sound of a horse trotting isn’t exactly right, we’ll get out the coconuts and knock them together until it is. And if that doesn’t work, we’ll rent the horse.

WHAT CAN WE DO FOR YOU

In the last decade, we weren’t exactly twiddling our thumbs (except for that track we made with the thumb piano). We’ve curated and created music for everything from films and TV, to commercials and fashion shows. We’ve never written a Christmas #1, but we’re definitely working on it.

Aside from all of the above, we also make a mean sangria. That’s probably not what you’re after, but just thought it was worth mentioning. 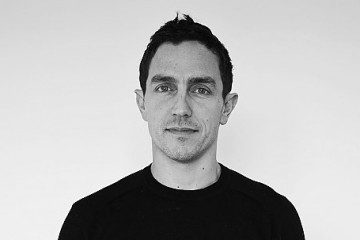 DanCa founder, music producer, composer, and sound designer who lives and works between London and Barcelona.

If Daniele’s background experience was a song, it’d be Lynyrd Skynrd’s Free Bird, because it’d take a good ten minutes to go through it.

His musical training started in London where he received a host of bachelors, masters, and scholarships from the University of Arts, University of Westminster, and the music department of Fabrica respectively.

He then went on to become the in-house musician, sound designer, and music consultant for Ferdinando Arnò’s music production facility, Quiet, Please! (According to Daniele, “quiet” it wasn’t.)

In 2015 he started DanCa, partly to reduce mispronunciations of his name, but mainly because he saw a better way to produce music for clients.

He quite recently won Best Original Composition at the Music & Sound Awards for a short film we made for Bose. If you have a pair of their headphones lying around, you can listen to that track here. 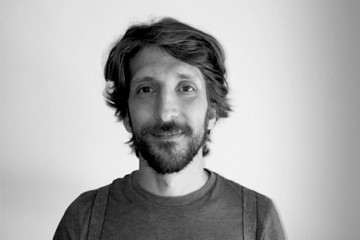 Alexandros aka Alex Sid is a composer, songwriter, producer, sound designer and multi-instrumentalist.

If you’ve already read Daniele’s biography, the beginning of this one will sound rather familiar. They both met at the University of Westminster, where Alexandros received his bachelors and masters in audio production, and music technology.

Alexandros then started his career by joining Boom Ltd. in 2003, a leading sound house in Soho, where he went on to work on numerous award-winning productions.

In 2019 he started composing for ANT1 TV Greek Period Drama Series ‘Agries Melisses’ (Wild Bees). The songs he wrote and produced for the most intense scenes of the series (Kathe Dilino), were more than well received, granting him a deal with Panic Records Greece, that led to millions of streams. 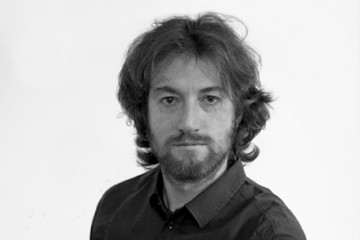 Fabrizio is a classically trained composer, but despite his traditional beginnings, the scope of his portfolio has been anything but traditional.

His work spans across films, documentaries, advertising and television, with an eclectic variety of timbres, ranging from symphony orchestras, to electronic music.

His signature tunes for Sky TV channel ‘CLASSIC’ would become an instant classic, receiving unanimous praise from critics and the public alike. While his score for the docu-fiction “Fukushima – A Nuclear Story” (narrated by Willem Dafoe) was so radioactive it almost deserved a documentary itself.

And as if the list of accomplishments was not long enough, there’s also his score on the feature film “Just a Father”, which was nominated for numerous awards, including Best Original Music at the Golden Graal at the Italian Cinema Awards, and Best Original Song at David di Donatello and Nastro d’Argento Awards.

Although there’s very little that Fabrizio hasn’t worked on, he still has dreams. One day he’d like to score a Walt Disney movie. Oops, he already did it: How to Grow Up Despite Your Parents (2016).